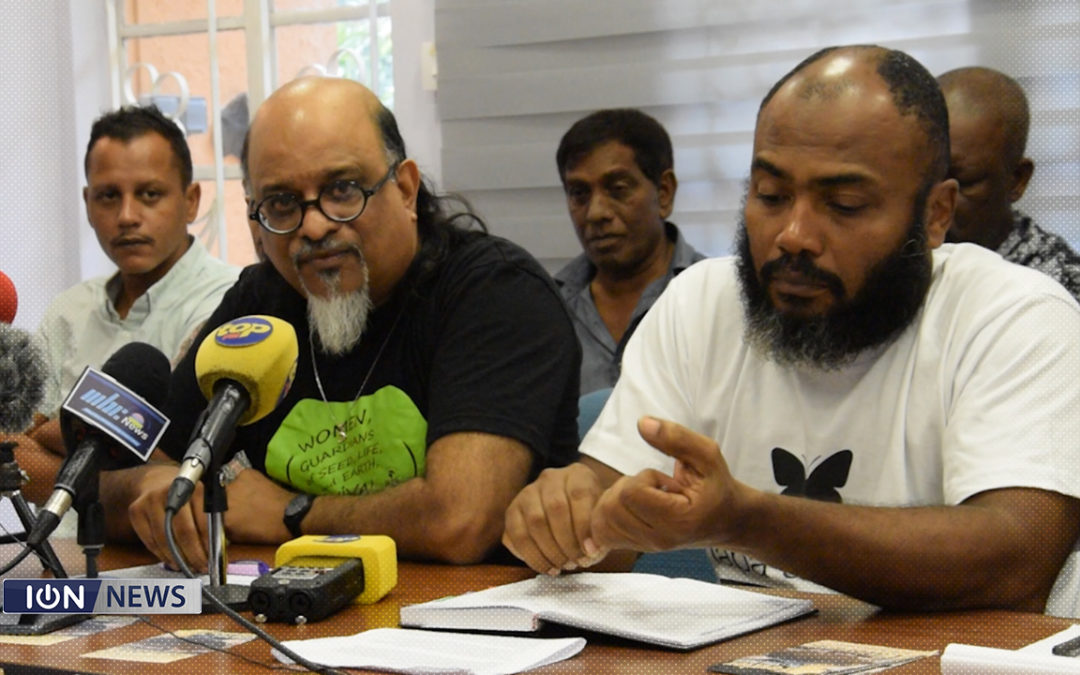 The subsidies on the prices of certain basic foodstuffs, announced by Pravind Jugnauth at the National Assembly this Friday, “is a sword cutting through the water”, the Leader of the Opposition, Xavier-Luc Duval (XLD) declared the next day in a press conference with fellow leaders of the opposition regrouped within the L’Espoir platform. While the leaders of these conservative parties call for anticipated elections, Rezistans ek Alternativ (ReA) advocates for the introduction of a “Food Solidarity Voucher”.

ReA is very precise on its proposition of the said “Food Solidarity Voucher”. At a press conference in Moka yesterday (Saturday, 10 July), Stephan Gua set the figure of Rs 2,500 per month for those receiving a salary of Rs 10,500. The Leftist party is proposing a tax on wealth to finance the food voucher and suggest the measure should run until December 2021.

“The ad on price control is a scam,” says Stephan Gua. “After comparing the prices of the products of three supermarkets, this morning, we can see mismatches. The government should have taken the lower price of a product. Does the government offer a higher price?”, Stephan Gua wonders. So says XLD, pointing at the 250 products to be subsidised and saying that popular food stores list around 40,000 items!

ReA’s Stephan Gua says the figures on price control do not reflect the reality of soaring prices. On the other side, XLD gives the example of milk product from an Australian brand showing that government comes to the price of Rs. 208 after a subsidy of Rs. 15 while the product is already being sold at Rs. 208. Who is going to pocket the subsidy?

Brace for the worst!

The ReA is now calling for the establishment of an expanded committee on food prices as a matter of urgency in order to “check whether there has been any increase in prices”. “The State Trading Corporation (STC) has failed in its mission and now there are repercussions. This crisis will push towards further impoverishment,” says Stephan Gua.

Gua points out that the country is too dependent on imports from the outside world and the consequences of the inflationist measures from the last budget have been completely ignored. “We are witnessing a serious crisis on prices. The measures announced by the Prime Minister are not appropriate and do not address the increase in the cost of living since 2020,” he says.

Duval, who is an accountant by profession and has held the Finance portfolio in the past, comes to the front with a technical approach which has seriously dented the presence Padayachy tries to impose. He says the Prime minister is now trying to undo what Padayachy has done. However, considering the systemic disruption that arises from the combined effects of public debt, repeated punctures into the reserves of the Central bank and unemployment reaching the 100,000 threshold, he predicts “the worst is yet to come”.

While the opposition seem to share concurring views about the present economic crisis, the leaders from the L’Espoir platform differ in orientation with the leftist movement. The conservative leaders wish for anticipated elections while the ReA consider the need to alleviate the burden on the most vulnerable as most urgent. Obviously the conclusions cannot be the same when reading through the lenses of electoral opportunities or opting to rise to the call of duty. However, the stubborn partisan stand of Pravind Jugnauth can create convergence within the opposition.