Letter to Minister of Minister of Blue Eco​nomy, Marine Resources, Fisheries, and Shipping 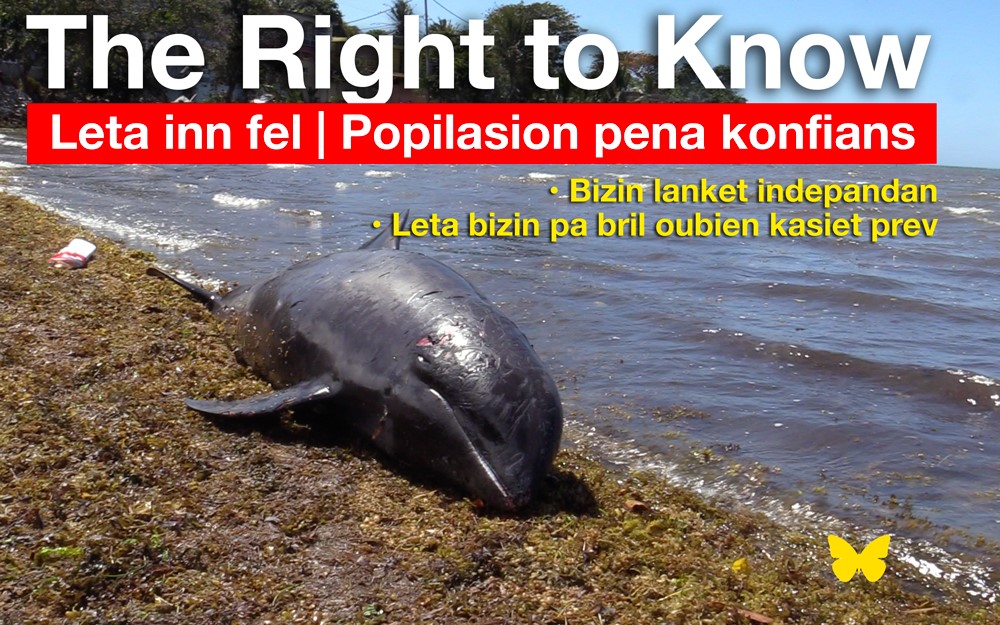 We the undersigned are calling you to urgently :

allow an independent analysis of dead cetaceans found since the 26th August 2020 on the south-eastern coast of Mauritius.

Not to discard in any manner cetacean’s bodies found and to keep them in rightful conditions.

In your press conference of the 26th August held with people from your ministry and from NGOs namely Mauritius Marine Conservation Society and Marine Megafauna Conservation Organisation, it seems that you are indicating that the first analysis is not linking Wakashio’s wrecking, followed by oil spilling and Wakashio’s bow scuttling with the deaths of several cetaceans. We the undersigned are of the views that your declarations are premature, lack of scientificity and superficial. We are thus demanding for the right to know and conduct our proper and independent analysis based on :

1) our duty as citizens of Mauritius to act as custodians of its biodiversity, ecosystem and all forms of life;

2) State failure to protect our common habitat that have led to the Wakashio’s disaster and all the pertaining ecocide;

3) State failure in ensuring at best the interest of marine ecosystem with authorisations, agreements and permits delivered to private interest to grab our beaches, loot our wetlands, hold disruptive activities like intensive fish farming in our lagoon and allow destructive industrial fishing through fishing agreements;

4) the situation of the dead cetaceans and those potentially at risk right now in our ocean as clearly a case of animals in distress, pain, and suffering where legal responsibility shall be established after due analysis and inquiry;

5) the complete lack of transparency in the choice of the NGOs that are accompanying the State in the scientific analysis and autopsy;

veterinarians so that we can carry our own investigation in an independent way and counter verify the State version.

We are also requesting the State not to discard in any manner the cetacean’s bodies that have been collected by the National Coast Guards and to keep them in the rightful conditions for any further forensic investigation to be carried if need be.

By copy of this letter the Prime Minister is prayed to see to it that the two requests of the undersigned are acceded to.