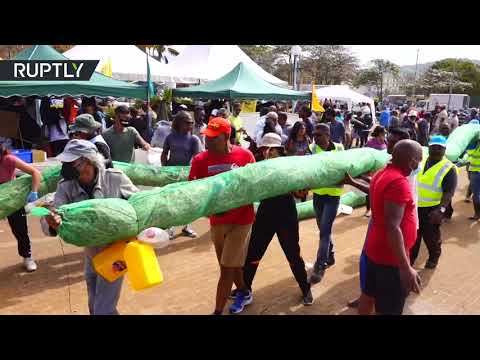 Mauritians have taken to the streets for a second rally after the Wakashio oil spill, calling for a “new Mauritius”. Thousands travelled to the remote south eastern coastal village of Mahebourg on Saturday, in a day of activism, music, food and art.

“I am overwhelmed by what I witnessed on Saturday. Such a large crowd from all parts of the island. young and old, rich and poor, from all religions and backgrounds. They all wanted to be here in Mahebourg,” says Yolande Hennequin from the citizen group, Lasanble Solider Mahebourg–Sid Es, one of the two organisers.

The march is a follow up to the one that took place on 29 August in the capital Port-Louis, where the population demanded the prime minister and his government step down.

This time the citizens responded to a call for a “Nouvo Moris” – creole for a “new Mauritius”.