What do the Mauritius Leaks really entail ? 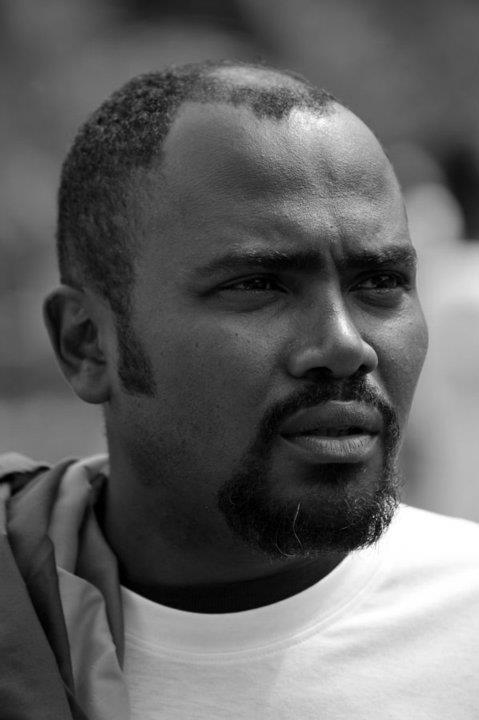 The « Mauritius Leaks » by the International Consortium of Investigative Journalists (ICIJ) is an issue to be dealt within the Mauritian Society as an ethical and democratic question regarding the Offshore Sector and also from the perspective of its influence on our own society. What the Mauritius Leaks are pointing out is not some kind of illegal architecture that is allowing siphoning of money but a jurisdiction that secures corporate impunity in tax avoidance. From that perspective, discussing about the legality of the matter is futile. What is pertinent, is discussing the prejudice on others and our society. That must be analyzed from an ethical and democratic perspective at domestic, regional and international levels.

It is totally inconceivable that a country creates a whole legal framework that facilitates the harming of other countries. Depriving other countries to derive taxes from activities being conducted in their jurisdiction cannot be considered as fair or competitive. The very idea that one can be allowed NOT to pay taxes in the country where its activities are being conducted defeats the very notion of taxation. Tax is a way of paying back to society part of what is being extracted from it so as to fund government expenditure that ultimately should be invested in public services. Of course, the Mauritian elite will argue that it is not the one who created the concept of ‘Double Taxation Agreements’ (DTA) that allows businesses to opt for where to pay their tax (when there is a DTA between countries). But taking advantage of a situation that pursues the agenda of colonial hegemony when colonialism is being recognized as a crime, is totally wrong. Cynically enough, different opinions from United Nations instances and the 116 votes in favour of retrocession of the Chagos archipelago supported Mauritius in its quest to complete decolonization. Mauritius should thus, of all countries, be partisan of south solidarity and cooperation as acknowledgement to the support obtained at the General Assembly of the United Nations against a former colonial power. Afflicted countries of the architecture of impunity put in place by Mauritius like Uganda, Senegal, South Africa, Lesotho have voted in favour of Mauritius at this Assembly.

For decades, colonial powers have been depriving their colonies of revenue through abusive monetary and tax policies. Unfortunately, post-colonial era has not been much more favourable to the ex-colonies that negotiated their financial sovereignty over those DTAs. The ICIJ rightfully underlined that those treaties were accepted by poor countries as a means to access Foreign Direct Investment (FDI). It is in this perspective that countries like Mauritius, Malta, Luxembourg and others, seized this opportunity to make business at the expense of poorer countries. It is as if you are drowning and someone comes rushing in a boat to give you a thin string to hang on to. The most pervert about this situation is that colonization itself created the drowning situation for colonized countries and taking advantage of the situation is equally pervert. In financial technocracy jargon, they will call it competitiveness, but when you design a system that allows your elite to capture and take advantage of robbery, the layperson will call it pernicious.

Mauritius Offshore and its multitude of scandals

As a matter of fact, a 2018 paper by the International Monetary Fund on Tax Treaties concluded that the original goal of increasing FDI via treaty agreements is not met by countries having agreements with Mauritius. On the contrary, this paper prepared by Sebastian Beer and Jan Loeprick, pointed out the fact that Mauritius is simply being used to reroute money, thus leading to ‘non-negligible revenue losses’ for those countries.

Even though Mauritius Leaks is dealing with the tax avoidance characteristics of our offshore sector, one must not neglect the numerous, widely publicized scandals that have splattered this sector. Those scandals have covered a wide range of financial crimes such as money laundering, tax evasion, corruption, embezzlement etc… In June 2018, Mulvey has been convicted of important drug smuggling and condemned for 32 years of imprisonment. In that case it has been alleged in the European press that the Mauritian offshore sector, along with the Isle of Man and Monaco, has been used to launder some Rs. 350 million.

The Mauritian Offshore sector has been quantitatively and qualitatively in the midst of several torments that are translating into the offending path this sector is taking. From an affair with regard to a sovereign fund to the tax avoidance affair of Heritage Oil and Gas Company Ltd. of Uganda, the list is quite impressive:

2010 – Action aid report on SABMiller, a beer company, on avoided tax in Ghana and India

2013 – The Offshore leaks that were considered as the largest financial scandal at that time.

All those scandals point out to the obvious toxic characteristic of our Offshore sector, in spite of whatever justification from our ruling elite might be. This is why the Mauritius Leaks should not be analyzed from a legal perspective, but from an ethical and democratic one. The numerous scandals bring us to the conclusion that the offshore sector of Mauritius goes against the principle of mutual solidarity and cooperation between countries that should be the fuel of development and progress. By so doing, it is making the whole Mauritian society be accomplice to a system of which the layperson doesn’t even have a clue of how it works. Who in Mauritius consented in putting in place a jurisdiction that will help plunder other countries or deprive their people of due taxes and who are widely benefitting from it? The prominent offshore advocates should restrain from monopolizing the debate on the Mauritius Leaks and make room for a non-technocratic point of view because most, if not all of them, have direct interest in the sector. They are the ones that own the management companies and law firms amassing enormous amounts of money from this system.

In response to the ICIJ, the Government of Mauritius is giving the perception that the Offshore Sector is in full compliance with financial standards and treaties of good practices. If this is so, and the ‘IF’ must be clearly emphasized, it is to be noted that, it has been so because of the numerous pressure and push made on Mauritius to comply and not because of the fact that the government or Offshore lobby find it unethical to deprive others of what are legitimately theirs. The paradigm of ‘making the most out of it’ and offer more competitiveness to attract more investors whatever it might cost is still here and deep rooted. Again, from a democratic point of view, this elite is being responsible in rendering Mauritian economy too dependent on a frivolous and cheap industry. The growing (now 12%) contribution of the Offshore sector to the Mauritian economy should not be perceived, as wants to picture the elite, as a promising sector. On the contrary its frivolity is putting at risk the economy of Mauritius by creating a dependency on hazardous activity. On another democratic note, the NGO ActionAid is alerting countries to be careful about the OECD convention on base erosion and profit shifting (BEPS) regarding dispute resolution and mandatory arbitration…

Pursuing on the path of detrimental dynamics on the Mauritian Society we can trace back the measure of lowering export tax on goods from Mauritius to 3% as a direct incidence of the offshore sector. This is setting a dangerous dynamic in the domestication of offshore practices in Mauritius. Light fiscal regime is becoming a norm and will pose serious threats to the capacity of the State to derive money from productive activities through tax to finance its expenditure, thus opening the gateway to numerous pro-liberal measures.

The ‘Mauritius Leaks’ should be taken as an opportunity to re-assess our economic model, that is more and more orienting itself towards financial capitalism. The whistle-blowers and journalists who helped in highlighting the vile practices of the Offshore Sector should be protected from any retaliation. The offshore sector is bound to end due to constant pressure for more accountability and more transparency. Reform of such a sector to allow fairer practices is unlikely to happen because the problem is systemic. The necessity to phase out this sector is becoming more and more urgent for our economy and for people who are decently earning their livelihood from this sector by selling their labour-power.